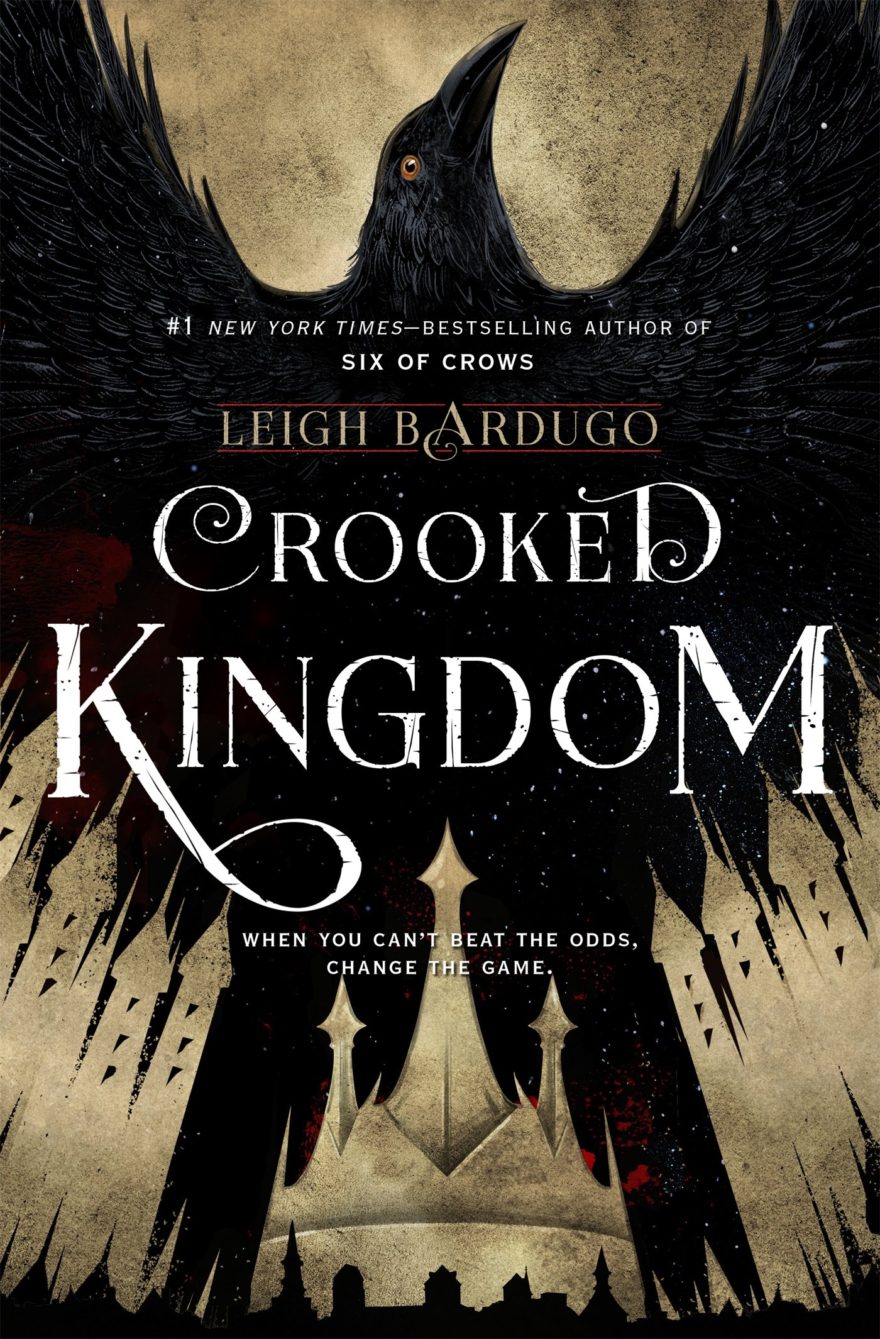 “No, you’re the man who sits idly by, congratulating yourself on your decency, while the monster eats his fill. At least a monster has teeth and a spine.”

“I would come for you. And if I couldn’t walk, I’d crawl to you, and no matter how broken we were, we’d fight our way out together – knives drawn, pistols blazing. Because that’s what we do. We never stop fighting.”

A heist so dangerous and daring, that they didn’t even believe they would survive much less succeed. Yet somehow, Kaz Brekker and his crew managed both. Now they should be splitting up the reward, but instead, they were double-crossed. So now the crew has a new fight for their lives in store. This time the crew is severely weakened having few allies and resources, or even hope. They must gather their strength and cunning as new enemies descend on the city of Ketterdam and them in search of the dangerous drug jurda parem.

Crooked Kingdom is the sequel to Six of Crows, continuing with the challenges that Kaz Brekker and his crew of criminal misfits face after being double-crossed by the merchant that hired them for an impossible heist. Kaz and his crew return to Ketterdam expecting a reward from the merchant that hired them, finding a double cross endangers their lives and a member of their crew is taken. Kaz is challenged to out-think and out-maneuver the merchant to retrieve their crew member and get the reward the crew earned. Adding to this difficult task is the influx of additional enemies from all fronts. Emissaries from other kingdoms have arrived to obtain the key to jurda parem for themselves.

The weakened crew is forced to draw closer and rely on each other more than before. Each member using their special skills to help others in tasks as part of the bigger plan Kaz has set forth to save them all, get rich in the process. Along the way certain enemies are reminded that they are not the type of people, you cross without living to regret the action.

I liked the way that Bardugo took the original crew and brought them closer together, relying on each other despite their unlikely and dubious backgrounds that didn’t inspire trust. The crew became not just a group working on a job, but a family. Each member had a weakness that they learned to deal with, for some it made them who they were.

The way Bardugo weaves the story kept me reading Crooked Kingdom. I enjoyed the switching of perspectives for the different crew members to understand their side or back story. Part of this showed an in-depth look at the history and dynamics of the relationship between individuals within the crew. While I liked the way Bardugo did this it also created my biggest dislike for Crooked Kingdom. The story between Matthias and Nina seemed cut short and incomplete. From my understanding, their story continues in the King of Scars another Grishaverse novel. So minor complaint that sounds more like, my dislike was the story ended while I was ready to read more.

As mentioned in the Six of Crows review there is a proposed series in the works. The Six of Crows is in the process of being adapted into part of an eight-episode series by Netflix that will be based on two novels by Bardugo: Shadow and Bone and Six of Crows. There was no mention of how much of either series will be used. Bardugo is to also serve as an executive producer of the show. For additional information, you can view the Deadline announcement.

There is no official Netflix series trailer as of yet. But for those interested, there are some nice concept trailers done by fans on YouTube – Six of Crows series concept trailer by readwithcindy. Also, if you like the book check out Leigh Bardugo’s website for other information on her books and appearances:

And for all the Grishaverse fans there is the Grishaverse site. Discover the books, learn about the Grisha, and take quizzes to discover what type of Grisha or Six of Crows character you are.

To order your copy today of Crooked Kingdom, go to:

To order the duology set of Six of Crows and Crooked Kingdom, go to: