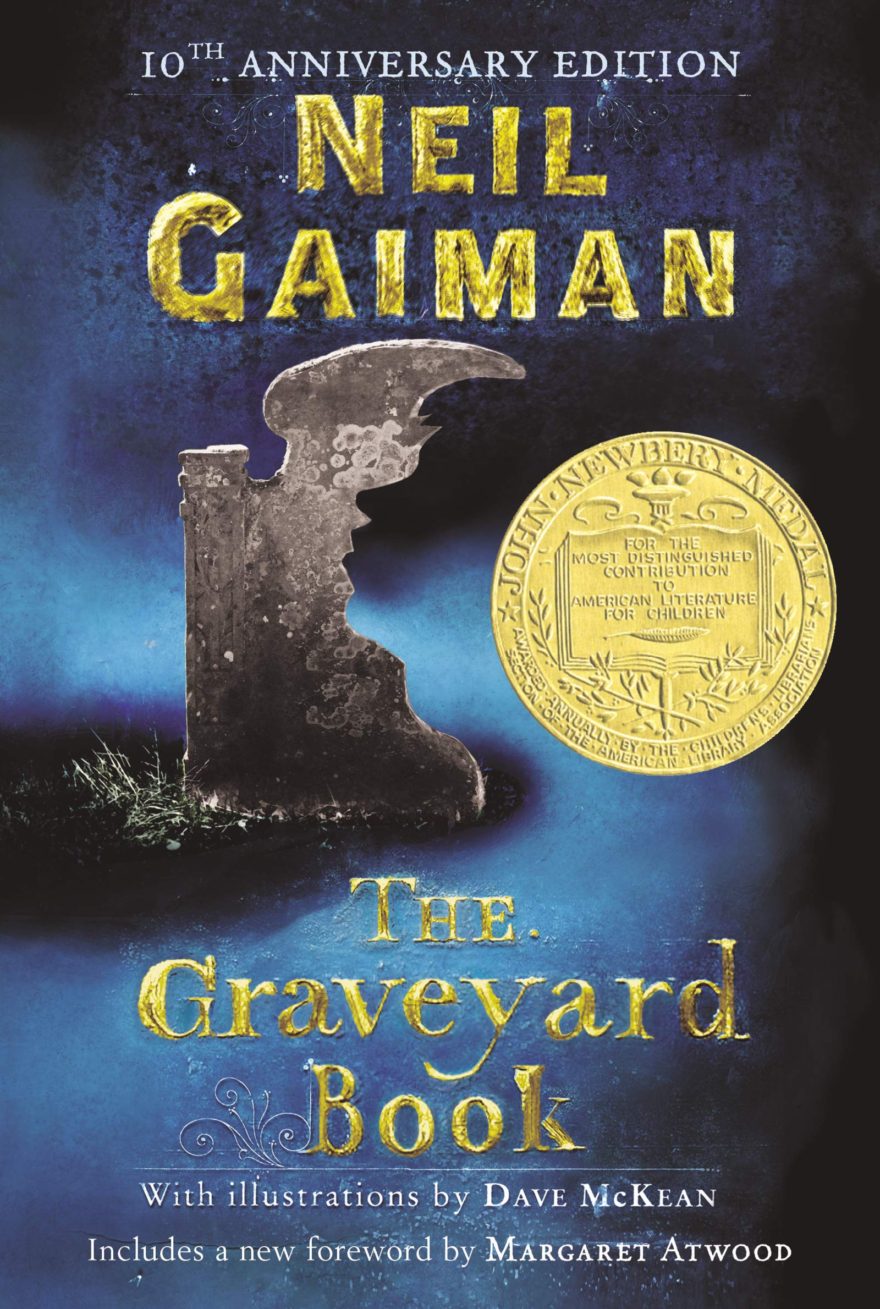 “The knife had done almost everything it was brought to that house to do, and both the blade and handle were wet.”

“But between now and then, there was Life; and Bod walked into it with his eyes and heart wide open.”

Nobody Owens, known by Bod is a normal boy. Well as normal as a boy who lives in a graveyard being raised by ghosts can be. The graveyard and it’s inhabitants protect Bod from Jack who wants to kill Bod.

Within the graveyard Bod experiences many different adventures involving the ancient Sleer, ghouls, and even a Hound of God. Even during these many adventures, the graveyard protected Bod. Outside the gates of the graveyard danger lurks, Jack is searching and waiting for Bod to finish what he started that night so many years ago.

The Graveyard Book is the story about a seemingly ordinary boy. Nobody Owens, known as Bod has live in the graveyard since he crawled in when he was a baby. One terrible night a man known as Jack murdered Bod’s entire family and planned on killing Bod too. But Bod crawled away, up the hill from his house into the graveyard where the resident ghosts took on the responsibility of raising Bod.

For Bod his life seemed normal enough. His parents, teachers, and playmates were ghosts. His guardian was a being not living, but not dead either. When his guardian was away a Hound of God looked after him. Bod learned to read using the gravestones. In addition to learning reading and writing, Bod learned how to fade, and slip through walls.

I liked the way Gaiman wove a world of wonder within the graveyard seen through the curious and adventurous eyes of a child. Gaiman introduced the scary things in the imagination and real world and showed how a child’s life prepares them to face those fears on their own.

My only complaint would be that there were interesting characters that made you curious to known more of their story as well. Perhaps room for a sequel. As far as I know there are no sequels or spin-offs to The Graveyard Book.

To find more information about Neil Gaiman, his books, and book tours visit his site:

To order your copy today of The Graveyard Book, go to: