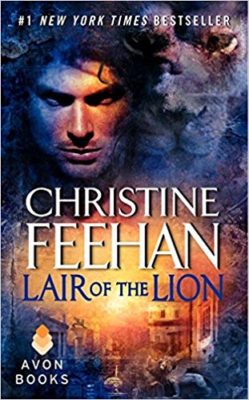 “I think it was more of a warning. I’ve never been able to understand the meaning if the word obey.”

“Not only am I willing to die for you, but I’m more than willing to kill for you. And I’m not apologizing for that either.”

Title: Lair of the Lion

Don Nicolai DeMarco was legendary as a powerful and lethal man capable of controlling the heavens, and commanding the beasts. Whispers abounded that the untamed man was inhuman, doomed to destroy the woman he finally took as his wife.

The daughter of an aristocrat Isabella Vernaducci is desperate. Her family is impoverished, with their holding seized, and her brother wrongfully imprisoned. Isabella turns to her only hope of saving her brother, braving the dangerous journey to the cursed palace of Don DeMarco.

Willing to do anything to save her brother, even make a deal with the lethal beast. All Isabella must do is become the DeMarco’s bride, but can she save his soul without sacrificing her life?

The Lair of the Lion is a paranormal fantasy romance, that is classified as so by the were-shifting into lions by various individuals, and a few ghosts thrown in for good measure. Christine Feehan is one of my favorite authors for this type of genre. She has yet to disappoint in her ability to include the element of were-shifters as a characteristic of the characters that influence or drives their actions, but it is not the point of the story. Lair of the Lion is no exception to this.

Nicholai DeMarco’s family line has been cursed for generations with becoming the beast. Nicholai is closer to his beast than any of those before him. His beast is a part of him, constantly on the surface. He is feared for this by many, Isabella may be the only one who can save him by accepting both the man and the beast.

I liked the way that Feehan wove multiple elements of suspense into the book. The main characters Nicholai and Isabella deal with a curse, superstitions, hidden enemies, known enemies, and their attraction to each other. Despite the complications, both characters show a range of emotions and doubt while still maintaining their initial personalities and core strength. Meaning the courageous woman willing to brave anything doesn’t suddenly turn into a clingy rescue me type damsel when a man shows up type. If you haven’t guessed, that is a serious pet peeve of mine. Nothing ruins a good book faster than a strong female lead, who saved the world turning into a weak mouse scared of her shadow as a good-looking white knight comes on the scene.

As for dislikes, the only one was a very minor detail of the hidden enemy reveal. There were elements of misdirection, you thought maybe, but didn’t really believe it could be them. Then when a possible hint at the direction of the right individual was revealed, I felt it was obvious. I mention this only as the early hints are layered in subtle relationship dynamics, which I can now look back and see as suspect. While reading I didn’t perceive them as sinister motivations for murder.

Also, if you like the book check out Christine Feehan’s website for other information on her books and appearances:

To order your copy today of Lair of the Lion, go to: